Home › Uncategorized › We aren’t obsessive …too much!!!

We aren’t obsessive …too much!!!

I told you here how Riley has decided he wants to be a catcher.  He has used his powers of persuasion to get the kid who has been catching the entire season to give it up to him – and got to catch all 6 of the innings on Saturday.

Then, he started on me.  He loves to catch…couldn’t we go to Dick’s Sporting Goods and just look at the Catcher’s equipment.  Cuz…the coaches equipment isn’t good enough.  Cuz the helmet only goes to the top of his ears and it hurts his head.  He kept at me for about 2 hours yesterday and finally I agreed that we could go and look at the helmets – cuz…well, he does have an unusually large head and I knew that the coaches helmet was too small for him.

So, we went and they have these new helmets that are like hockey goalie helmets and the back is adjustable to fit the head. I made a deal with him – instead of taking him and 2 of his friends and Matthew to the Laser Tag place for his birthday I would buy him one of the helmets.  But…I wouldn’t buy him all of the gear and I wouldn’t buy him a catcher’s mitt.  If he wanted those, he could get them by playing Fall Baseball and if he still liked it in the spring I would make sure he had his own equipment.

So, for the last 2 days he has been wearing his helmet all over the house – and outside.  He has put it into his backpack – thinking he is bringing it to school tomorrow.  I am going to address that battle in the morning!  In the meantime, he might just try and sleep in it. 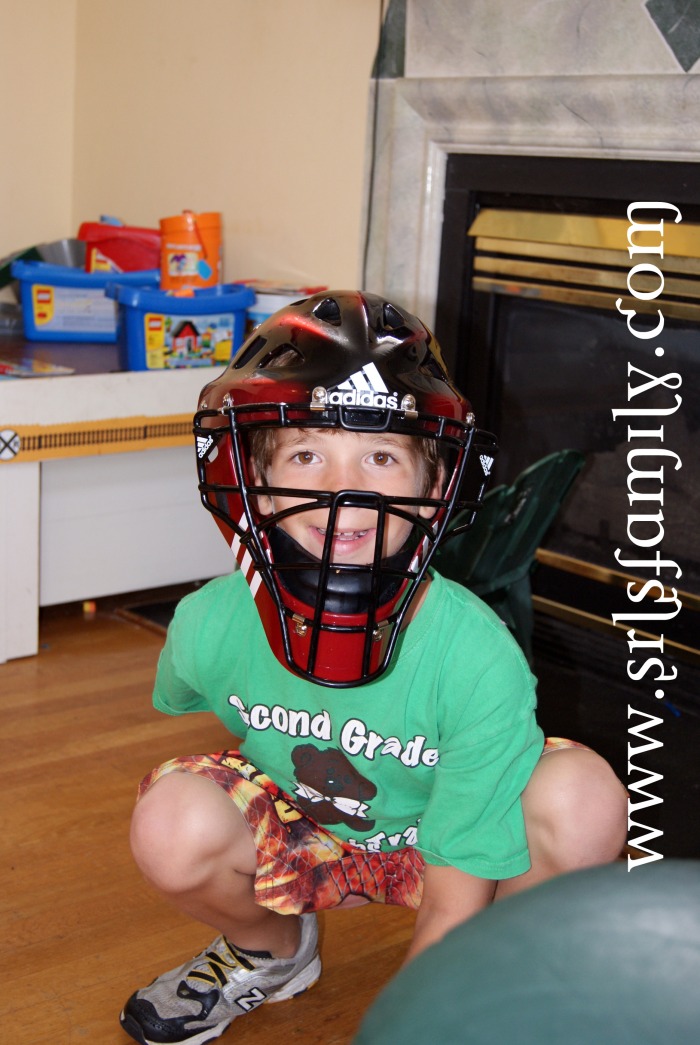